Betsson is not available in your country. Please try:
Deposit methods 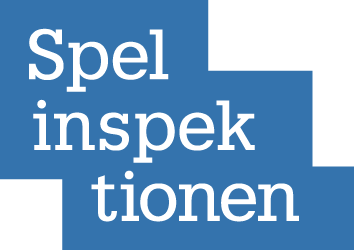 Though eSports have only been available for a while, most traditional punters cannot get enough of them. One of the factors to explain this new trend is these electronic sports enable them to experience something different. They are also more thrilling than a plethora of regular sports.

Contrary to some sports on the betting market, punters can bet on eSports at any time of the year. There are many game options, enabling them to discover those that resonate with their hearts.

Betsson offers odds on today's most exciting eSports games. This gaming platform encourages its members to conduct extensive research on a specific electronic sport before placing a wager on it. The most essential details to find out are the teams' win rates, statistics, and management.

As of this writing, Betsson's eSports section has these options:

Valve and Hidden Path Entertainment created this video game. CS: GO is a part of the Counter-Strike series, which comprises multi-player first-person shooter games. These eSports come with two teams – terrorists and counter-terrorists, working against each other.

CS: GO has nine game modes: Deathmatch, Competitive, Demolition, Casual, Arms Race, Danger Zone, Retakes, Wingman, and Flying Scoutsman. Each of these features unique characteristics to distinguish it from another.

With about 100 million players monthly, League of Legends (LoL) is on the list of the most popular esports worldwide. Riot Games, a respected video game creator and esports tournament organizer, developed this multi-player online battle arena (MOBA) game.

Esports enthusiasts play LoL because of its competitive nature. Riot updates this video game regularly to ensure players don't get bored. Learning how to play LoL is also uncomplicated.

This is another eSports members of Betsson can bet on. Valve created and published this MOBA video game. Punters placing wagers on Dota 2 should watch as many games and tournaments as they can. This enables them to comprehend Dota 2 betting markets and this game's format.

Gamblers should also come up with an effective betting strategy.

FIFA eSports is the new craze, especially among soccer fans. Luckily, Betsson offers a list of the upcoming tournaments and fixtures for members to bet on. They should know FIFA odds before placing their bets. These include handicaps, hall-time bets, total goals, match-bet, and tournament bets.

Tom Clancy's Rainbow Six is popular in the esports scene today. This tactical first-person shooter game features a competitive scene that draws gamers to it. Though it doesn't come with as many or large events as CS: GO, it still has a lot to offer players, including unmatched thrill.

When a gambler at Betsson wants to avoid confusion when placing wagers on this game, they should grasp the different types of bets available.